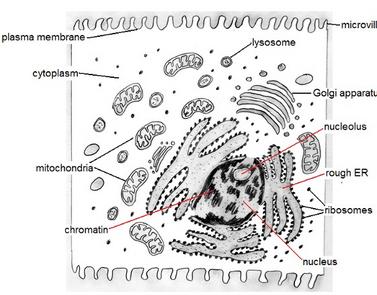 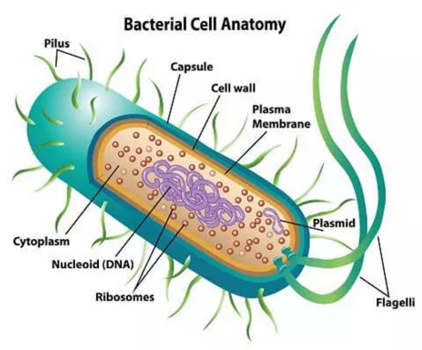 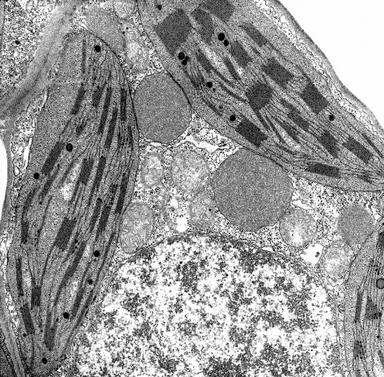 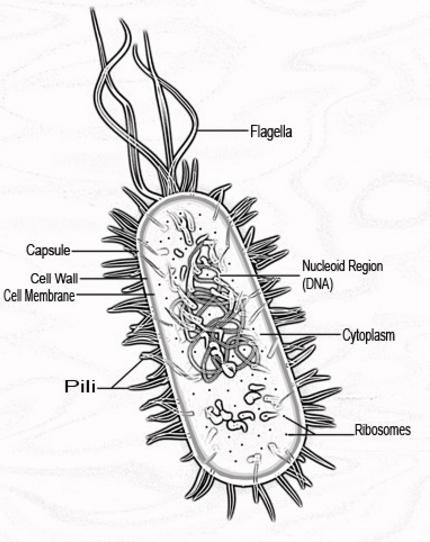 The next two understandings point are basically asking to compare and contrast prokaryotes and eukaryotes (previous syllabus) but with a focus on compartmentalization. The following goes with the comparison in the table below.

∑ Prokaryotes have a simple cell structure without compartmentalization.

All prokaryotes have a cell membrane and a cell wall surrounding the outside membrane. The cell wall is made from peptidoglycan. The entire interior of the cell is filled with cytoplasm (not compartmentalized) as no membrane-bound nucleus is present.

Eukaryotes have a much more complicated cellular structure. The inside of the cell also contains cytoplasm but it is separated by compartments that allow for specialization. The compartments are membrane-bound organelles such as the nucleus and the mitochondria. Some advantages of compartmentalization are

1) Enzymes that serve a specific function or catalyze a specific reaction can be concentrated within the compartment instead of being spread throughout the cytoplasm.

3) Organelles with their content can be moved around the cell

4) Damaging substances such as digestive enzymes (lysosome) can be contained within their organelle.

∑ Electron microscopes have a much higher resolution than light microscopes.

ß - Skill: Drawing of the ultrastructure of prokaryotic cells based on electron micrograph

Micrograph on the right

ß - Application: Structure and function of organelles within exocrine gland cells of the pancreas and within palisade mesophyll cells of the leaf.

Exocrine Gland Cells of the Pancreas

ß - Palisade Mesophyll cells carry out most of the photosynthesis in the leaf.

ß - Skill: Drawing of the ultrastructure of eukaryotic cells based on electron micrographs.

ß - Skill: Interpretation of electron micrographs to identify organelles and deduce the function of specialized cells. 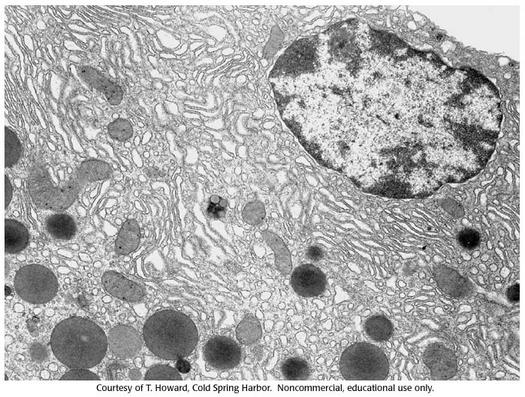 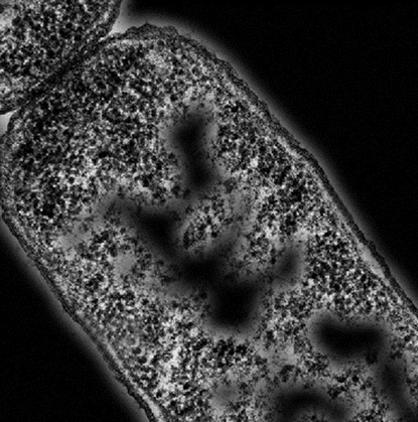