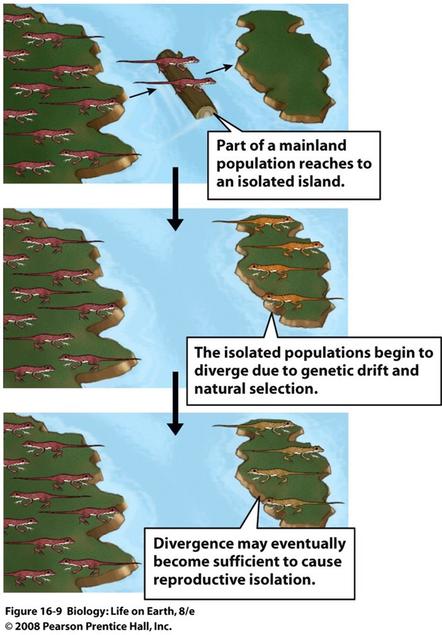 Thomas Hunt Morgan developed the notion of linked genes to account for the anomalies. (1.8)

∑ - Crossing over is the exchange of DNA material between non-sister homologous chromatids.

∑ - Crossing over produces new combinations of alleles on the chromosomes of the haploid cells.

Crossing over only takes place some of the time between linked genes, therefore the parental combination in the gametes Ab and Ab will show up more often in the offspring, while ab and AB (recombinants) will show up with less frequency
Start: AaBb and AAbb   Result after crossing over: Aabb and AABb

On test questions, gene linkage is usually indicated by ratios in the offsprings that do not follow the usual mendelian ratio pattern


∑ - Chiasmata formation between non-sister chromatids can result in an exchange of alleles (see in picture above as well).

Draw diagrams to show chiasmata and the resulting chromosomes formed during crossing over.

∑ - Independent assortment of genes is due to the random orientation of pairs of homologous chromosomes in meiosis I.

Diagrams of chiasmata should show sister chromatids still closely aligned, except at the point where crossing over occurred and a chiasma was formed

Looking for patterns, trends and discrepancies—Mendel used observations of the natural world to find and explain patterns and trends. Since then, scientists have looked for discrepancies and asked questions based on further observations to show exceptions to the rules. For example, Morgan discovered non-Mendelian ratios in his experiments with Drosophila. (3.1)

∑ - Unlinked genes segregate independently as a result of meiosis.

Next, write out the possible gametes:   SB and sb

Next, put the possible gametes into a Punnett square

Cross two heterozygous cats for hair length and color from the F1generation
First, write out the cross:  SsBb x SsBb

Next, write out the possible gametes: SB, Sb, sB and sb for both cats

Next, put the possible gametes into a Punnett square

Next, count the different genotypes in the Punnett square (cross out after you count so you don’t count twice)

**Make sure that you counted 16 possible combinations**

**Note: The phenotypic ratio for a dihybrid heterozygous cross is always 9:3:3:1**

1 (a)   A farmer has rabbits with two particular traits, each controlled by a separate gene. Coat colour brown is completely dominant to white. Tailed is completely dominant to tail-less. A brown, tailed male rabbit that is heterozygous at both loci is crossed with a white, tail-less female rabbit. A large number of offspring is produced with only two phenotypes: brown and tailed, white and tail-less, and the two types are in equal numbers.

(i) Deduce the pattern of inheritance of these traits. (2)

(ii) State both parents’ genotypes and the gametes that are produced by each during the process of meiosis.

(iii) Predict the genotypic and phenotypic ratios of the F2 generation. Show your working.     (2)

(a) State the genotype and the phenotype of the F1 individuals produced as a result of this cross. (2)

(b) The F1 plants were crossed with plants that had the genotype c c w w. Calculate the expected ratio of phenotypes in the F2 generation, assuming that there is independent assortment. Use the space below to show your working.

(Do this part after you do the section on linked genes) The observed percentages of phenotypes in the F2 generation are shown below.

The observed results differ significantly from the results expected on the basis of independent assortment.

(c)        State the name of a statistical test that could be used to show that the observed and the expected results are significantly different.(1)

(d)        Explain the reasons for the observed results of the cross differing significantly from the expected results.(2)

∑ - Gene loci are said to be linked if on the same chromosome.

**Please look at the diagram in 10.1 to see the cross between two linked genes**

In a cross between two true breeding or homozygous parents the following would be the genotypes of the cross: TTBB x ttbb.

On an exam if the genes are linked the genotypes would be represented as follows:

The recombinants would be represented by the symbols on the right
TB, Tb, and tB would now be the new linked alleles for the next generation

∑ - Variation can be discrete or continuous.

β - Application: Polygenic traits such as human height may also be influenced by environmental factors.

∑ - Chi-squared tests are used to determine whether the difference between an observed and expected frequency distribution is statistically significant.

This is the formula for a chi-squared test (right)

β - Skill: Use of a chi-squared test on data from dihybrid crosses.

For an example let’s use Mendel’s results from his pea plant crosses
When he did a dihybrid cross between two heterozygotes RrYy x RrYy, the expected phenotypic ratio due to independent assortment would be 9:3:3:1.

The F2 generation resulting from a dihybrid cross

So now you would look at the chi-squared table below and find out where 0.47 fits for the degrees of freedom of 3

As you can see from the table above the critical value at the 0.05 level of significance is 7.815.

What the p-value of 0.05 or 5% indicates is the probability of getting the results you did (or more extreme results) given that the null hypothesis is true.
If the calculated value is above or equal to 7.815 then we reject the Ho and accept the HA that the alleles in question are linked.

Try this next question on your own and calculate the chi-squared value to determine if the values are due to independent assortment.

• Alleles are usually shown side by side in dihybrid crosses, for example, TtBb.

In representing crosses involving linkage, it is more common to show them as vertical pairs, for example (right):


• This format will be used in examination papers, or students will be given sufficient information to allow them to deduce which alleles are linked.

• The law of independent assortment was soon found to have exceptions when looking at linked genes. What is the difference between a law and a theory in science?

• An understanding of inheritance allowed farmers to selectively breed their livestock for specific characteristics.

together on same chromosome;

(ii)      Accept any letters for the alleles of the two genes.

(d)       (autosomal) linkage (reject sex linkage) / genes are on the same chromosome /
genes do not assort independently;
coloured starchy and colourless waxy are parentals / coloured waxy and
colourless starchy are the recombinants;
recombinants produced by crossing over;      2 max

Looking for patterns, trends and discrepancies—patterns of chromosome number in some genera can be explained by speciation due to polyploidy. (3.1)

∑ - A gene pool consists of all the genes and their different alleles, present in an interbreeding population.

∑ - Reproductive isolation of populations can be temporal, behavioural or geographic.

There are different types of reproductive isolation including temporal, behavioural, and geographic

Five frog species of the genus Rana differ in the time of their peak breeding activity.
Wood Frogs and Leopard Frogs breed at different times in the spring

In most animal species, members of the two sexes must first search for each other and come together.
Two populations may share a habitat and breed at similar times, but animals especially may have different courtship rituals
During these complex courtship rituals, the male often takes the initiative and the female responds, which leads to additional actions by the male and responses by the female.
After a successful courtship, copulation or sexual intercourse (or, in the case of some aquatic organisms, release of the sex cells for fertilization in the water) takes place.
An animal that does not recognize another animal’s courtship ritual or is not attracted to the courtship display, will be unlikely to breed with that individual.

An example of this is the Western Grebe of North America

The dark-phase and light-phase Western Grebes occupy the same habitat and breed at similar times, yet maintain their color forms by differing sets of courtship behaviors (probably learned).

Video on the mating of the Western Grebe in Oregon

There are many examples of geographic isolation.

These are some other videos on speciation.

Go tohttp://alfred.med.yale.edu/ and search for a specific allele within a population

***Answer the questions on page 460 regarding allele frequency***

∑ - Speciation due to divergence of isolated populations can be gradual.

Formation of new species which is reproductively and ecologically isolated from the parental species.as a result of a genetic mutation such as a sudden change in chromosome number or constitution
Genetic mutations such as non-disjunctions of an entire set of chromosomes can cause a doubling of chromosomes (polyploidy) resulting in a different species
Also interbreeding of two genetically different organisms can produce hybrids which are generally infertile

​β - Application: Speciation in the genus Allium by polyploidy.

• Punctuated equilibrium was long considered an alternative theory of evolution and a challenge to the long established paradigm of Darwinian gradualism. How do paradigm shifts proceed in science and what factors are involved in their success?

• Many crop species have been created to be polyploid. Polyploidy increases allelic diversity and permits novel phenotypes to be generated. It also leads to hybrid vigour. 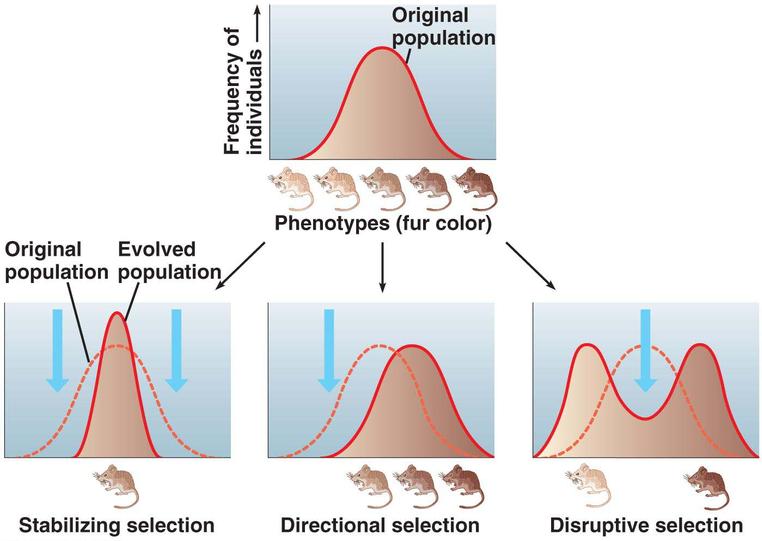 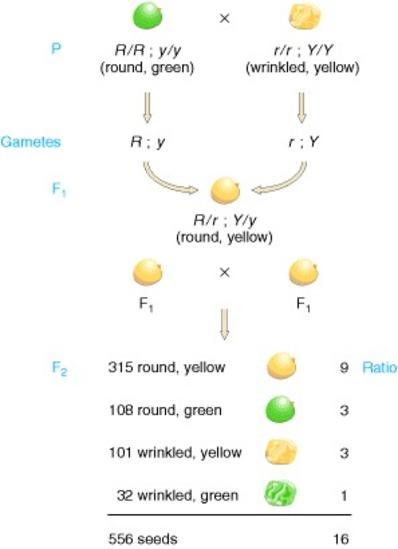 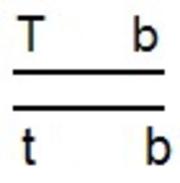 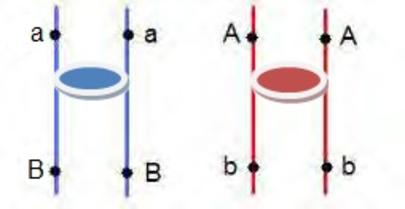 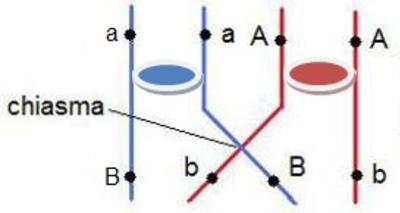 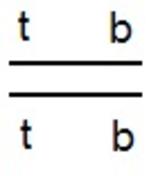 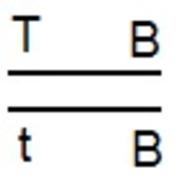 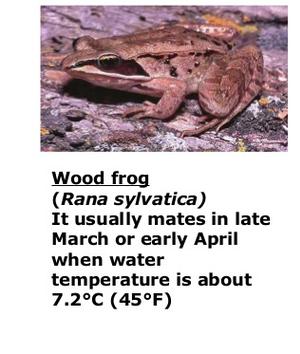 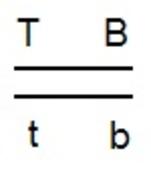 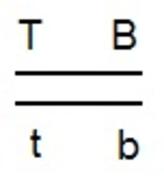 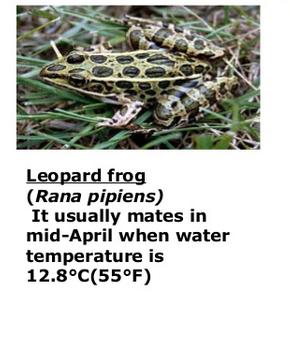 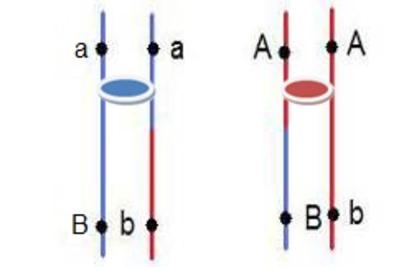 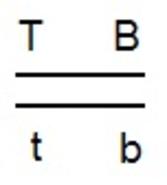 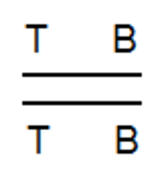 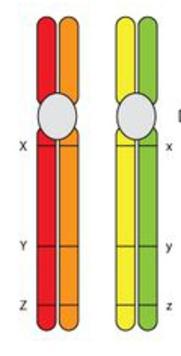 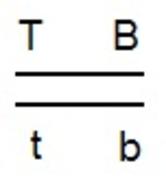