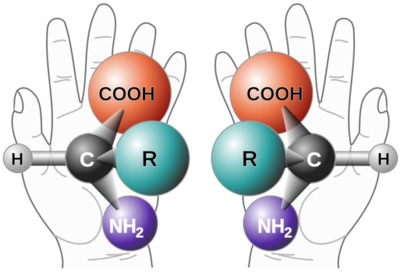 Essential idea: The ancestry of groups of species can be deduced by comparing their base or amino acid sequences.

Falsification of theories with one theory being superseded by another—plant families have been reclassified as a result of evidence from cladistics. (1.9)

∑ - A clade is a group of organisms that have evolved from a common ancestor.

∑ - Evidence for which species are part of a clade can be obtained from the base sequences of a gene or the corresponding amino acid sequence of a protein.

Link on similarities between human and chimpanzee DNA http://bit.ly/1DXeU0N

Another example comes from immunological studies, which is an way to detect differences in specific proteins of species, indirectly showing how closely two species are related

∑ - Sequence differences accumulate gradually so there is a positive correlation between the number of differences between two species and the time since they diverged from a common ancestor.

∑ - Traits can be analogous or homologous.

∑ - Cladograms are tree diagrams that show the most probable sequence of divergence in clades.

β - Application: Cladograms including humans and other primates.


∑ - Evidence from cladistics has shown that classifications of some groups based on structure did not correspond with the evolutionary origins of a group or species.

Below is a picture of some of the groupings now

These are some pictures outlining which part of a cladogram is a clade and another picture I created on ancestry using a cladogram. The red dots are called nodes, and represent the time when two species are estimated to have split.

One thing to note, just because a species like C split earlier than from B, it does not mean that B has evolved more. All the species at the top are present D species. The ones that have died out or changed would be at the nodes.

****Create your own cladogram that contains at least 8 organisms using biochemical evidence such as DNA, Protein similarities or immunological studies. **** 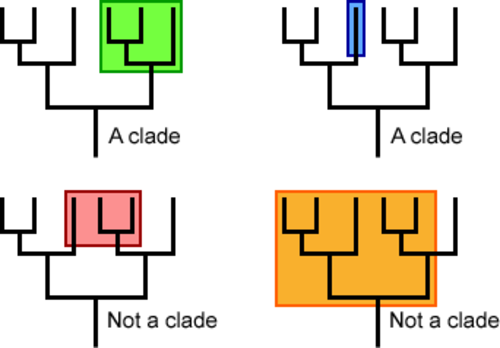 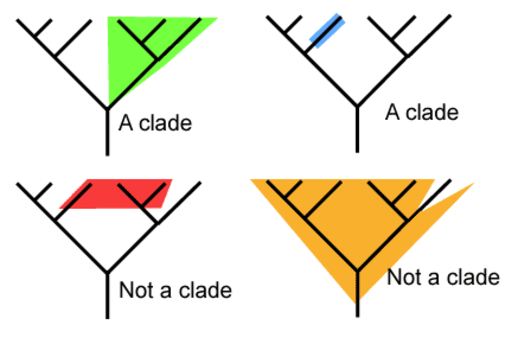 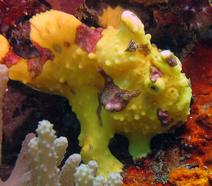 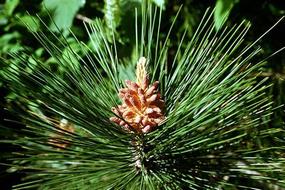 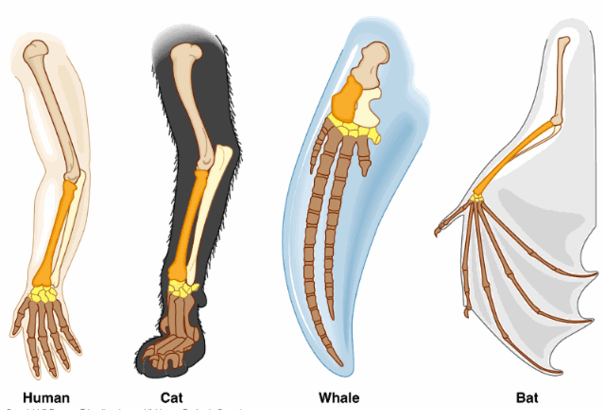 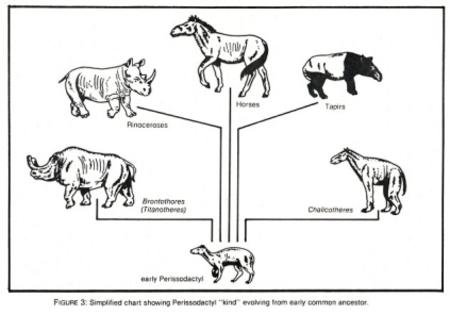 Essential idea: The diversity of life has evolved and continues to evolve by natural selection.

Use theories to explain natural phenomena—the theory of evolution by natural selection can explain the development of antibiotic resistance in bacteria. (2.1)

∑ - Natural selection can only occur if there is variation among members of the same species.

∑ - Mutation, meiosis and sexual reproduction cause variation between individuals in a species.

∑ - Adaptations are characteristics that make an individual suited to its environment and way of life.

∑ - Species tend to produce more offspring than the environment can support.

∑ - Individuals that reproduce pass on characteristics to their offspring.

β - Application: Changes in beaks of finches on Daphne Major.

Do the evolution in action data analysis and graphing

The handout for the data analysis will be handed out in class. (Manage Bac)

• Students should be clear that characteristics acquired during the lifetime of an individual are not heritable. The term Lamarckism is not required. 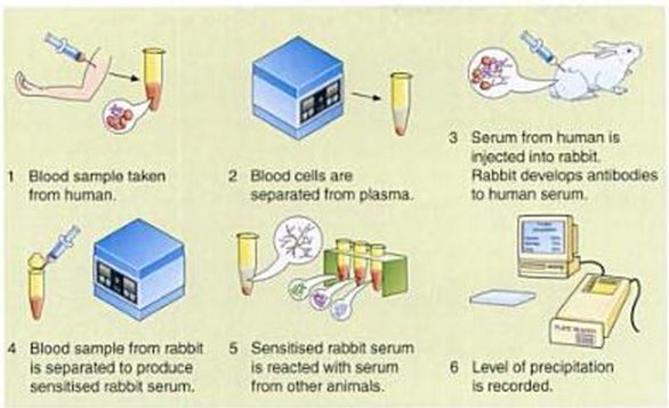 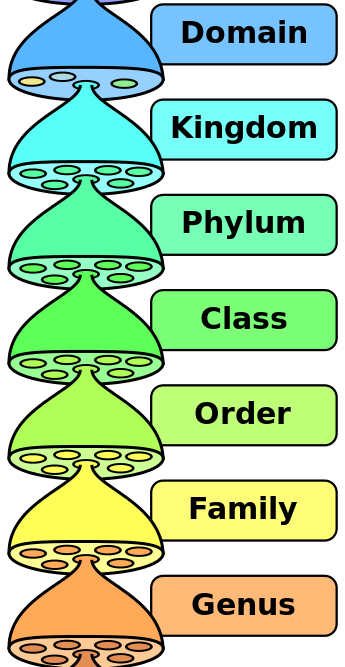 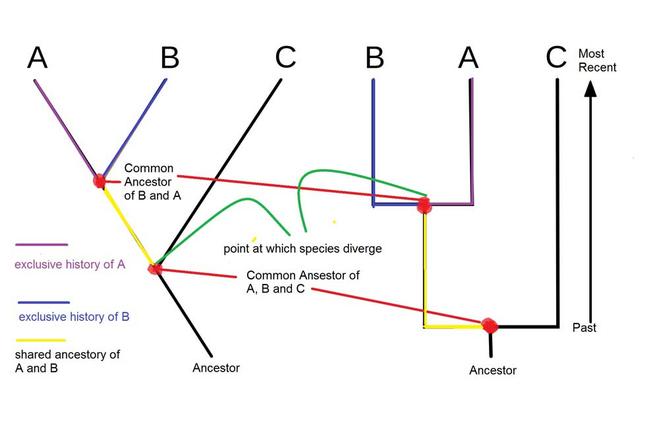 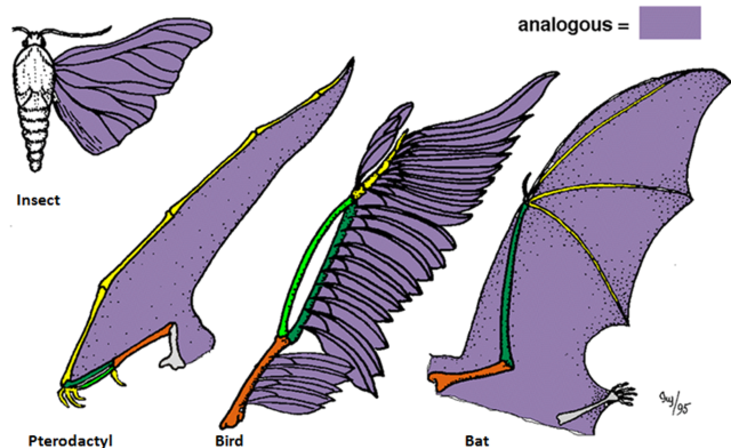 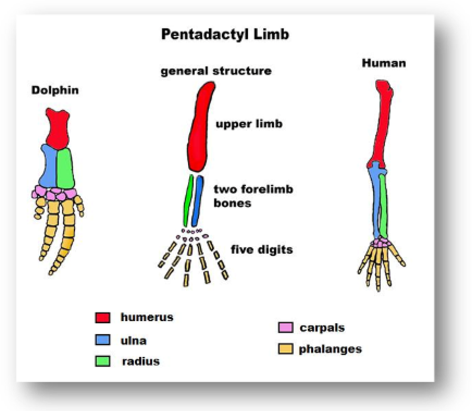 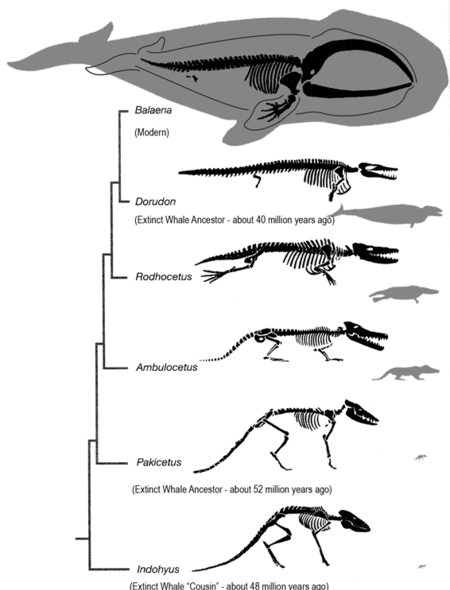 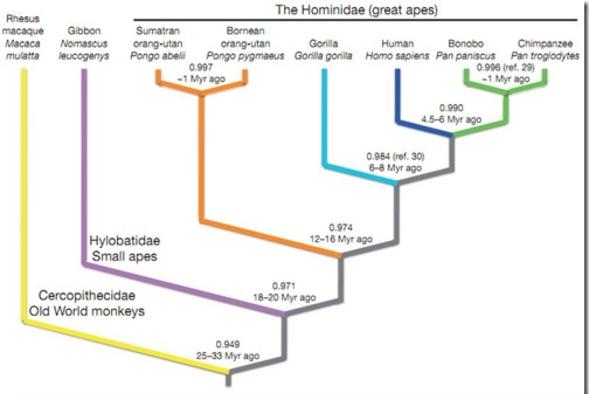 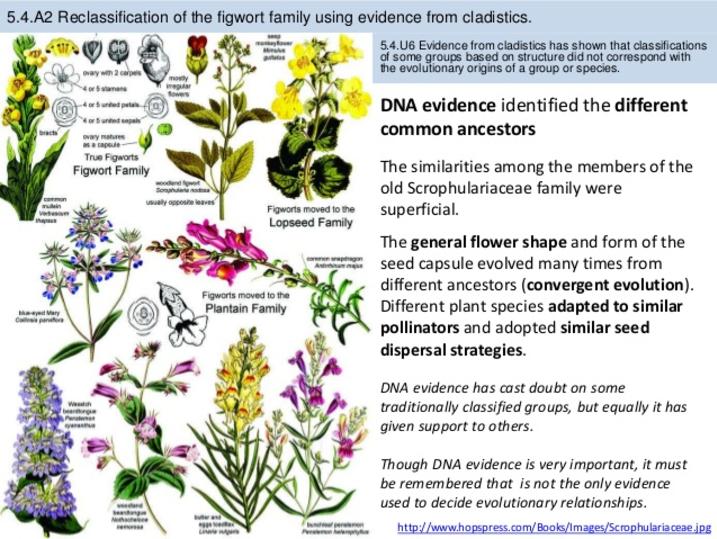 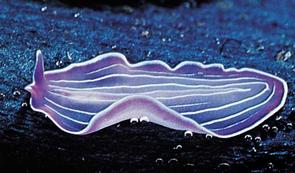 Essential idea: There is overwhelming evidence for the evolution of life on Earth.

Looking for patterns, trends and discrepancies—there are common features in the bone structure of vertebrate limbs despite their varied use. (3.1)

∑ - Evolution occurs when heritable characteristics of a species change.

∑ - Selective breeding of domesticated animals shows that artificial selection can cause evolution.

Some good videos on artificial selection


∑ - Evolution of homologous structures by adaptive radiation explains similarities in structure when there are differences in function.

β - Application: Comparison of the pentadactyl limb of mammals, birds, amphibians and reptiles with different methods of locomotion.

Draw and compare the pentadactyl limb for a mammal, bird, amphibian, and a reptile.

∑ - Populations of a species can gradually diverge into separate species by evolution.

∑ - Continuous variation across the geographical range of related populations matches the concept of gradual divergence.

Do the peppered moth simulation

• Evolutionary history is an especially challenging area of science because experiments cannot be performed to establish past events or their causes.

There are nonetheless scientific methods of establishing beyond a reasonable doubt what happened in some cases. How do these methods compare to those used by historians to reconstruct the past? 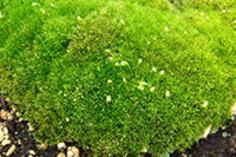 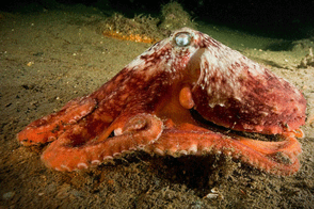 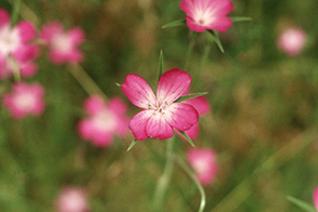 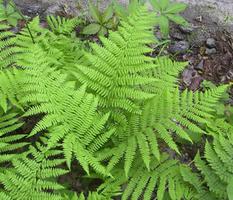 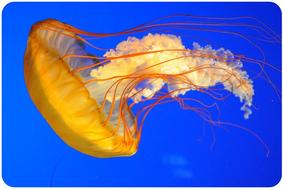 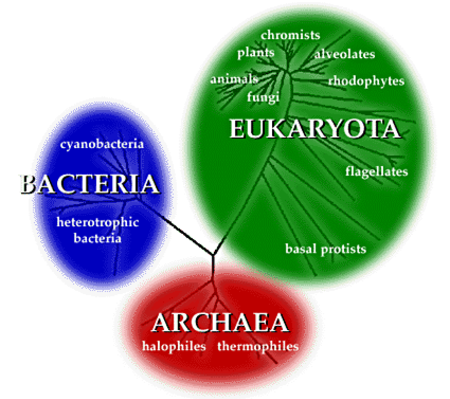 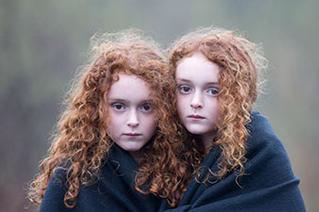 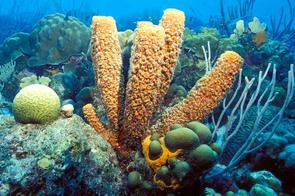 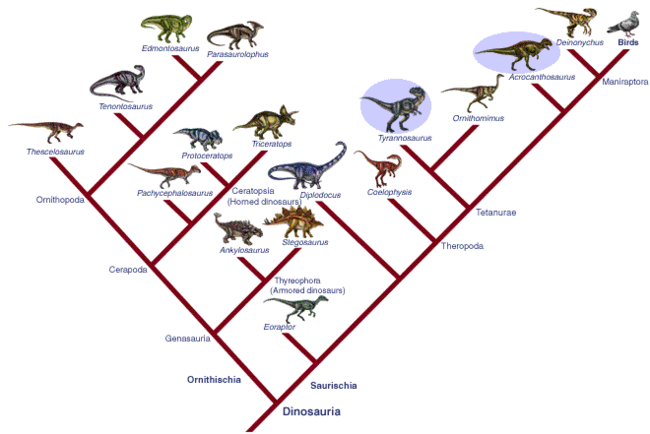 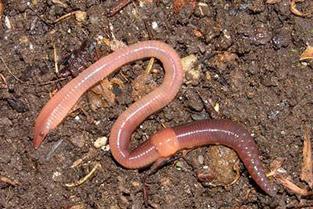 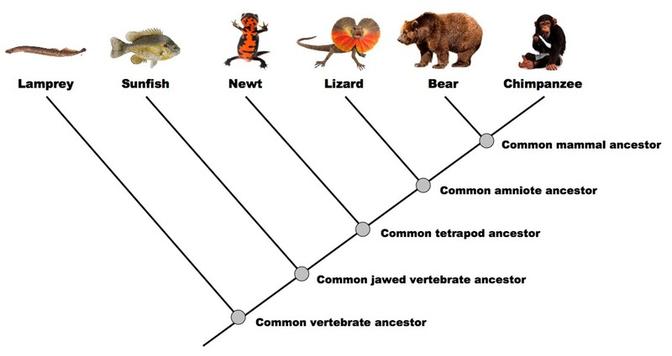 Cooperation and collaboration between groups of scientists—scientists use the binomial system to identify a species rather than the many different local names. (4.3)

The main objectives with regards to using the binomial nomenclature system developed are to:

∑ - When species are discovered they are given scientific names using the binomial system.

∑ - All organisms are classified into three domains.

∑ - In a natural classification, the genus and accompanying higher taxa consist of all the species that have evolved from one common ancestral species.

β - Application: Classification of one plant and one animal species from domain to species level.

Research one plant and one animal example and fill out the table below.

Orangutan, as seen in this classification chart on the left, are now in a sub-family of Pongidae. All apes used to belong to the family Pongidae

∑ - Natural classifications help in identification of species and allow the prediction of characteristics shared by species within a group.

β - Skill: Construction of dichotomous keys for use in identifying specimens.

• Archaea, eubacteria and eukaryote should be used for the three domains.

• Members of these domains should be referred to as archaeans, bacteria and eukaryotes.

• Students should know which plant phyla have vascular tissue, but other internal details are not required.

• Recognition features expected for the selected animal phyla are those that are most useful in distinguishing the groups from each other and full descriptions of the characteristics of each phylum are not needed.

• Viruses are not classified as living organisms.

• There are international codes of nomenclature and agreements as to the principles to be followed in the classification of living organisms.

• The adoption of a system of binomial nomenclature is largely due to Swedish botanist and physician Carolus Linnaeus (1707–1778). Linnaeus also defined four groups of humans, and the divisions were based on both physical and social traits. By 21st-century standards, his descriptions can be regarded as racist. How does the social context of scientific work affect the methods and findings of research? Is it necessary to consider the social context when evaluating ethical aspects of knowledge claims? 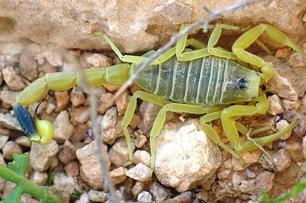 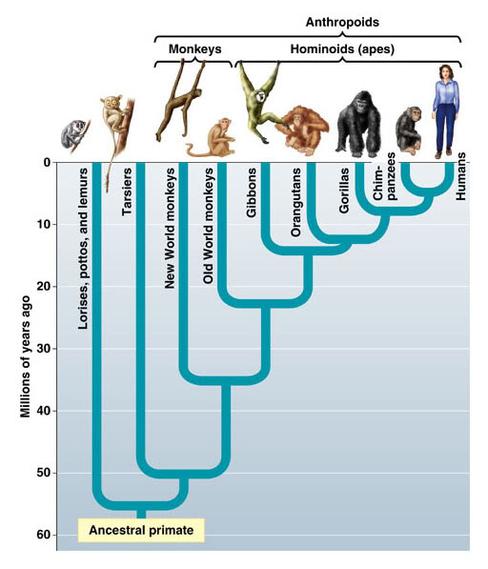