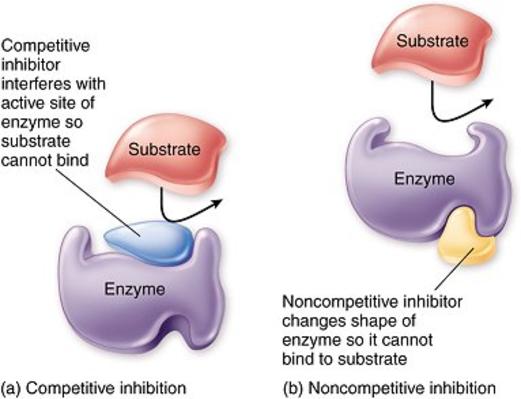 Topic 8.1 - Metabolism ​- Metabolic reactions are regulated in response to the cell’s needs

∑ - Enzymes lower the activation energy of the chemical reactions that they catalyse.

∑ - Enzyme inhibitors can be competitive or non-competitive.

β - Many enzyme inhibitors have been used in medicine.

For example, ethanol has been used to act as a competitive inhibitor for antifreeze poisoning.

Fomepizole, which is an inhibitor of alcohol dehydrogenase, has also been used for antifreeze poisoning.

The main ingredient in antifreeze is called ethylene glycol

∑ - Metabolic pathways can be controlled by end-product inhibition.

β - Application: End-product inhibition of the pathway that converts threonine to isoleucine.

Catalase is an enzyme found in the cells of many tissues of living organisms. It speeds up a reaction that breaks down hydrogen peroxide, a toxic chemical, into 2 harmless substances--water and oxygen.

This reaction is important to cells because hydrogen peroxide (H2O2) is produced as a byproduct of many normal cellular reactions. If the cells did not break down the hydrogen peroxide, they would be poisoned and die. In this lab, you will study the catalase found in liver cells. The following data has been recorded from the breakdown of hydrogen peroxide by beef liver over a 10 minute time period.


Please fill in the following table and calculate the rate of reaction at each time interval.

Please show one sample calculation for the rate of mass decrease over time.

Calculate the overall rate of reaction for the 600 second time period.

What do you notice as the time increases?


Why do you think this is the case?

Many metabolic pathways have been described following a series of carefully controlled and repeated experiments. To what degree can looking at the component parts give us knowledge of the whole 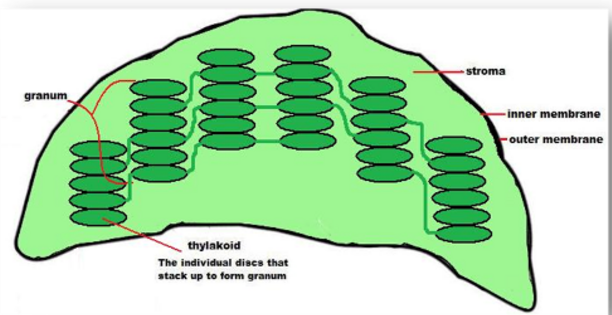 Nature of science: Developments in scientific research follow improvements in apparatus—sources of 14C and autoradiography enabled Calvin to elucidate the pathways of carbon fixation

Journey into the Leaf

∑ - Light-dependent reactions take place in the intermembrane space of the thylakoids.

∑ - Reduced NADP and ATP are produced in the light-dependent reactions.

∑ - Photolysis of water generates electrons for use in the light-dependent reactions.

∑ - Excited electrons from Photosystem II are used to contribute to generate a proton gradient.

∑ - Excited electrons from Photosystem I are used to reduce NADP.

Diagram of the Light Dependent Reaction

∑ - In the light-independent reactions a carboxylase catalyses the carboxylation of ribulose bisphosphate.

∑ - The structure of the chloroplast is adapted to its function in photosynthesis.

β - Application: Calvin’s experiment to elucidate the carboxylation of RuBP

β - Skill: Annotation of a diagram to indicate the adaptations of a chloroplast to its function.

The lollipop experiment used to work out the biochemical details of the Calvin cycle shows considerable creativity. To what extent is the creation of an elegant protocol similar to the creation of a work of art?

The Global Artificial Photosynthesis (GAP) project aims to create an artificial “leaf” within the next decade. An electronic version of the leaf that creates oxygen and hydrogen from water and sunlight has already been invented and will be developed for use in the next decade.

Aim 6: Hill´s method demonstrating electron transfer in chloroplasts by observing DCPIP reduction, immobilization of a culture of an alga such as Scenedesmus in alginate beads and measurement of the rate of photosynthesis by monitoring their effect on hydrogen carbonate indicator are all possible experiments. 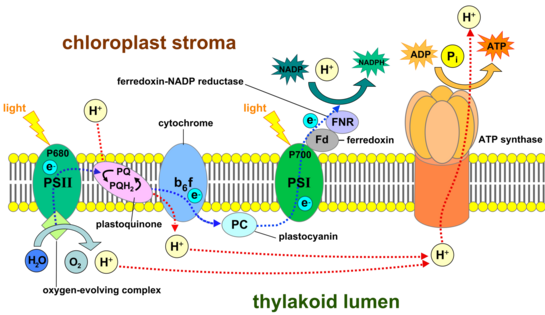 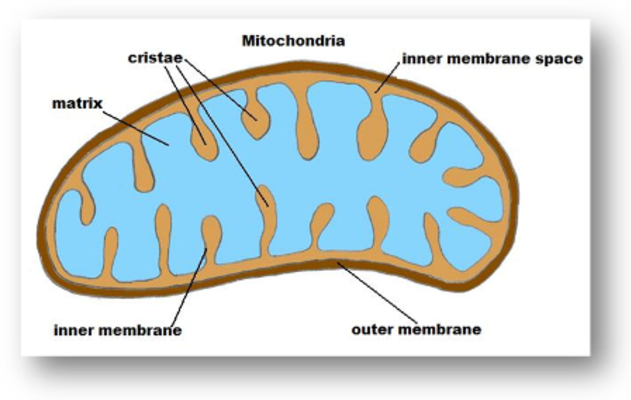 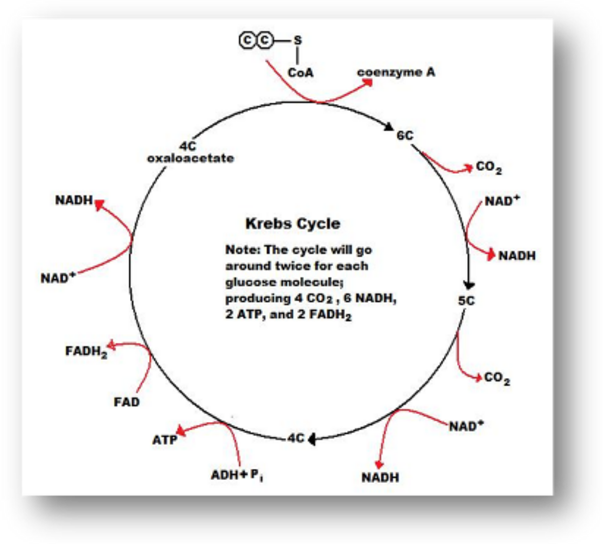 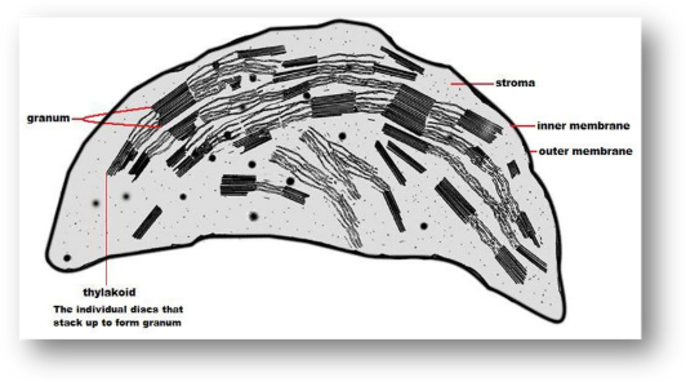 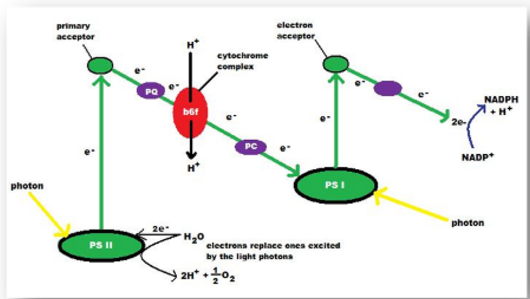 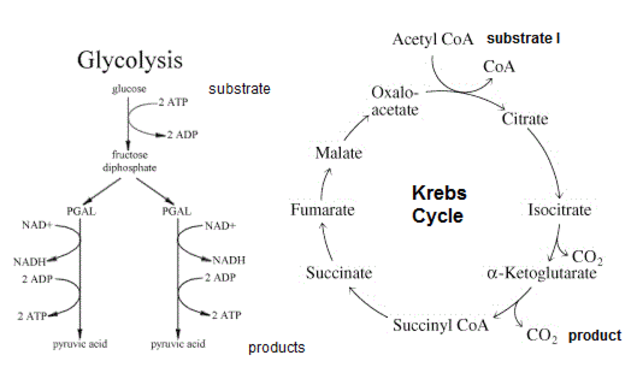 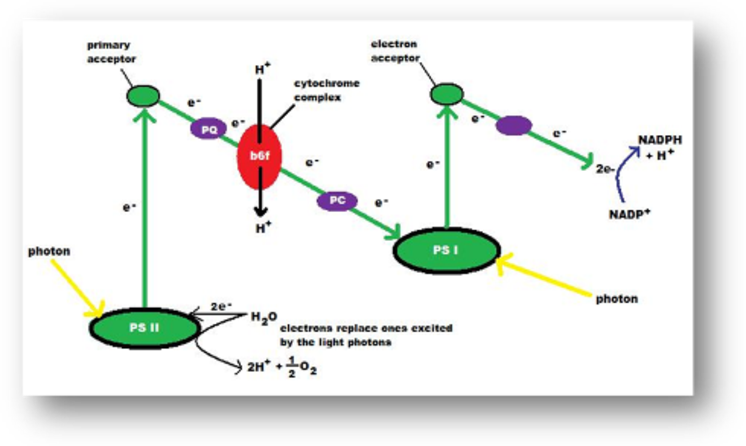 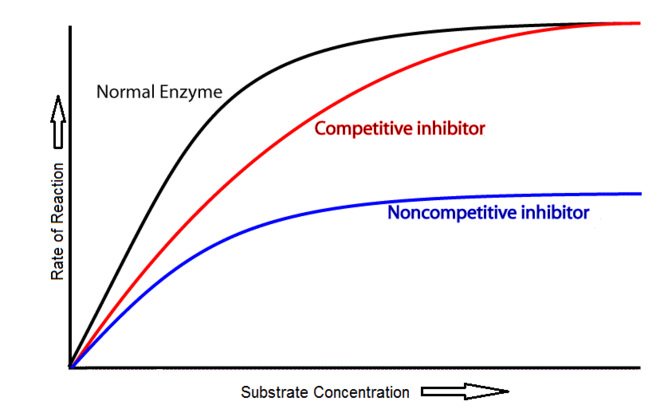 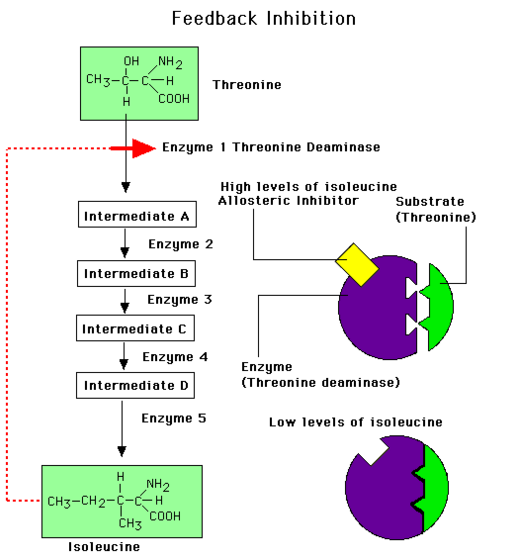 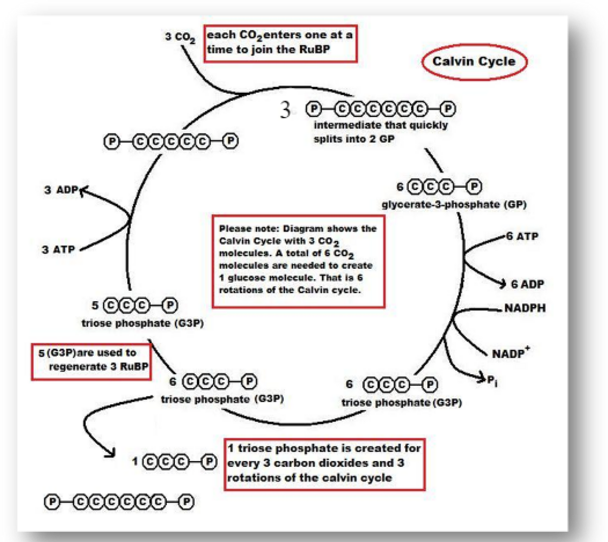 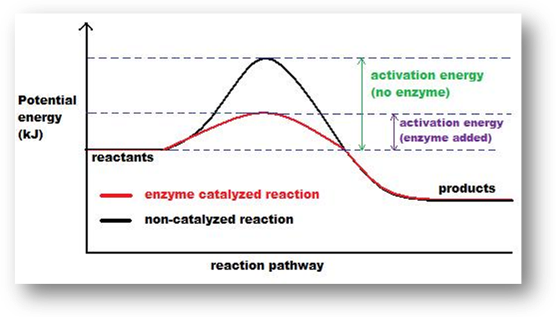 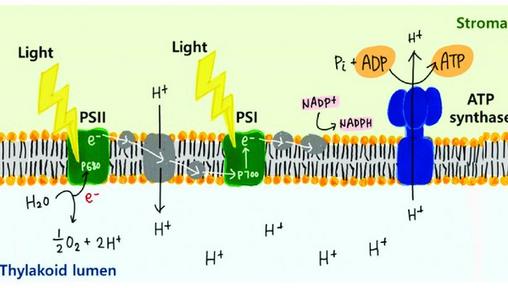 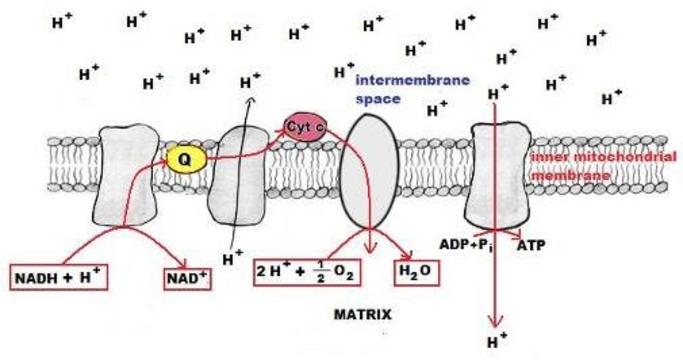 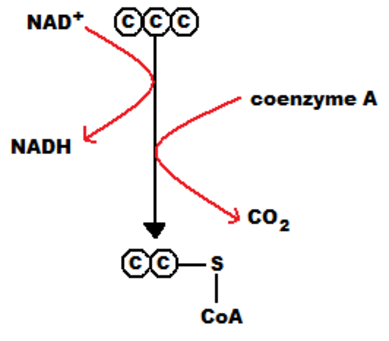 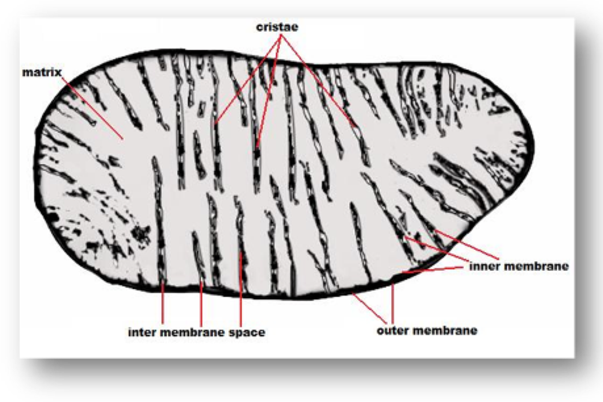 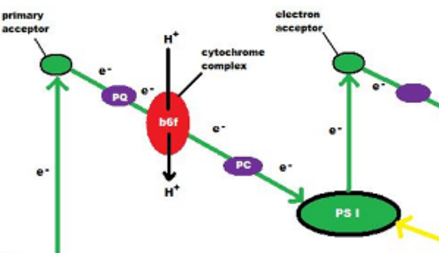 Nature of Science: Paradigm shift—the chemiosmotic theory led to a paradigm shift in the field of bioenergetics. (2.3)

After the electron carriers are reduced they transport their electrons and hydrogens to the ETC, where the opposite reaction occurs (oxidation)

Example – Phosphorylation of Glucose to Glucose-6-phosphate, coupled with the hydrolysis of ATP to ADP.

∑ - In glycolysis, glucose is converted to pyruvate in the cytoplasm.

∑ - Glycolysis gives a small net gain of ATP without the use of oxygen.

∑ - In aerobic cell, respiration pyruvate is decarboxylated and oxidized, and converted into acetyl compound and attached to coenzyme A to form acetyl coenzyme A in the link reaction.

Decarboxylation is a chemical reaction that removes a carboxyl group and releases carbon dioxide (CO2).

Oxidation is the loss of electrons or an increase in oxidation state by a molecule, atom, or ion. Pyruvate is oxidized by the removal of pairs of hydrogen atoms (with their electrons), which are passed on the NAD+ and FAD

The above link reaction occurs twice per glucose molecule

∑ - In the Krebs cycle, the oxidation of acetyl groups is coupled to the reduction of hydrogen carriers, liberating carbon dioxide.

β - Skill: Analysis of diagrams of the pathways of aerobic respiration to deduce where decarboxylation and oxidation reactions occur

Good video on all respiration: https://www.youtube.com/watch?v=4Eo7JtRA7lg

∑ - Energy released by oxidation reactions is carried to the cristae of the mitochondria by reduced NAD and FAD.

∑ - Transfer of electrons between carriers in the electron transport chain in the membrane of the cristae is coupled to proton pumping.

∑ - Oxygen is needed to bind with the free protons to maintain the hydrogen gradient, resulting in the formation of water.

∑ - The structure of the mitochondrion is adapted to the function it performs.

β - Skill: Annotation of a diagram of a mitochondrion to indicate the adaptations to its function. 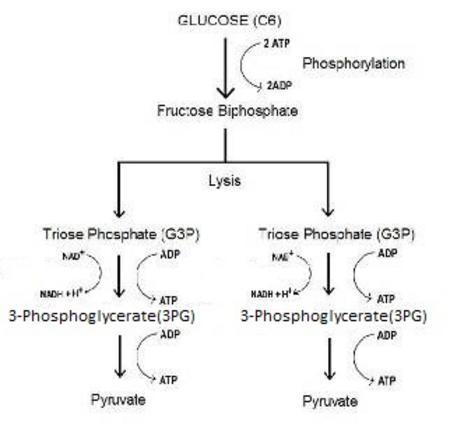